Welcome!
Close
Would you like to make this site your homepage? It's fast and easy...
Yes, Please make this my home page!
No Thanks
Don't show this to me again.
Close

This map was produced by combined historical theories involving ancient maps and modern issues. Some information I have added just to show where the true map presently stands. I used a 'median value', or average involving over 3,000 years of mapping information about the supposed location of Atlantis. You will see that the map conveys the Mazma problem, the Amazon problem, the Problem, and the Asteroid Problem. It also accounts for presently known geology, and Ice Age melt off periods in which case this map may well be one of the more accurate maps on the Atlantis subject.

Ironically, do you see a hummingbird, a Sphinx facing east, and Virgo lying on her back in the opposite way, just the way the zodiac is??? Note the Nazca Hummingbird is right in the middle of the crack of Atlantis facing south between South America and . Is this a riddle or what? It was totally unintentional, and saw this after the result. Is the Sphinx a record of half Virgo and Leo because it was at the center of the Atlantis continent (metaphore) as being the map of Atlantis itself? Does the heiroglyph of Leo or its related temples to the Sphinx actually have a linguistic reason now for why it was spilt in two glyphic halves??????????? Why is Virgo at the western side or in the western portion of Atlantis when she was known as an Amazon to befound more near the center of Atlantis on this map? Why did her cult head to the south toward such places as , and ? Did she move to Tunesia later. Leave it upto to the reader to see what this means.

Enjoy, and yes it is an original artwork of the Webmaster D. Clarke and with also my contributed research 7/28/2002.

Please excuse the rush of making map, or any spelling issues due to time restraint. 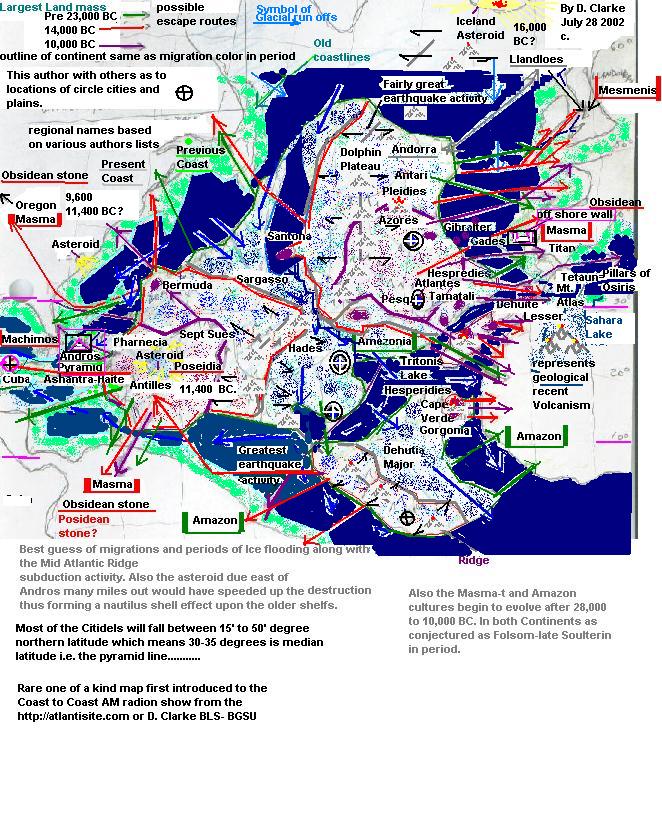